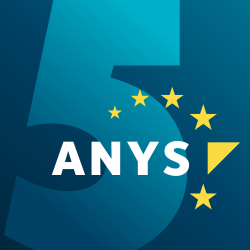 Horitzó Europa was not born spontaneously. Since October 2004, a group of citizens organised regular dinners with relevant personalities to discuss about European and international issues in a relaxed and informal atmosphere. The so-called European dinners became the embryo of Horitzó Europa. With over 80 editions, they remain a benchmark of the activities of the association and have been exported to Brussels, since 2009, and London since 2011.

In these five years of history, Horitzó Europa has also organized many events to increase information and awareness about the European Union, has held conferences on climate change, European social policy, human rights, the war in the Balkans, the internal enlargement of the EU or the institutional reform; has promoted campaigns to grant an official status for the Catalan language in Europe or to increase young voters’ turnout in the European elections; has coordinated studies about how media address European information, about the implementation of the agreements on the use of the Catalan language in the European Union or about Catalonia’s membership to the EU in the event of independence.

Five years after its creation, Horitzó Europe has become one of the leading pro-European organisations in Catalonia and looks to the future aware of the challenges facing the old continent .The growing importance of the states to the detriment of the common institutions has made the EU to evolve from an old dream to an imperfect reality. European policies are increasingly having an impact on the daily lives of citizens. In this context, civil society plays an essential role to encourage a more democratic Europe, more responsive to the problems of the people, more committed and united towards the international community and where the public interest prevails over the interests of the Member States.

The next Monday, January 28, will begin the celebration of the fifth anniversary of Horitzó Europe with a European dinner where we will see Europe through the eyes of George Carner, a Catalan-born American diplomat. On February 11, as part of the fifth General Assembly, we will discuss the projects that we plan to address in 2013. Finally, the celebrations of the first lustrum of Horitzó Europe will end with a party open to all members and friends, to be held on February 21.

On this anniversary we do not want just to congratulate ourselves. We also want to thank you all who have helped us to do so much work in so little time and we want to encourage you to keep working with us. We are living an exciting historical moment, a time when civil society is playing a key role. The spirit of that founding meeting five years ago is still alive: the hope to help building our future. We would like to continue sharing it with you all for many years.