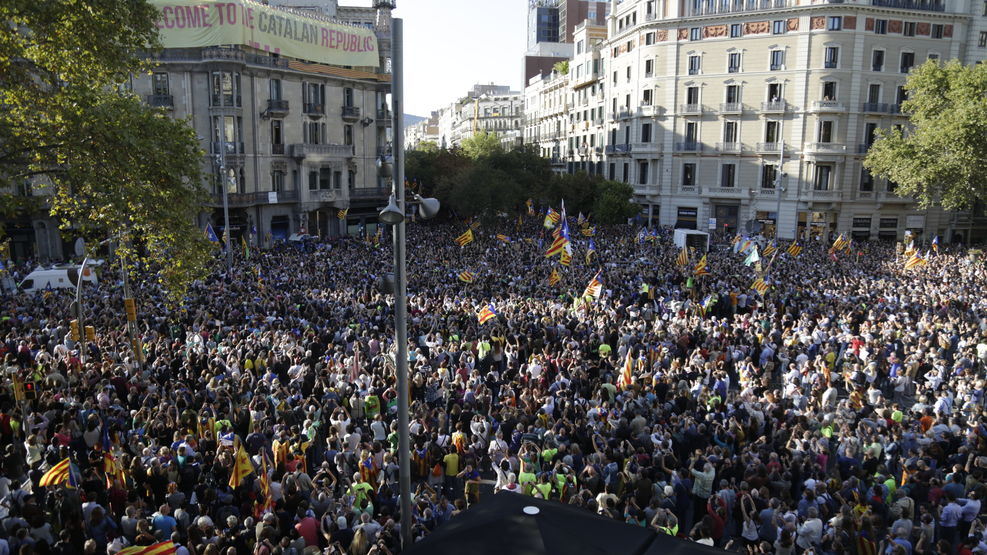 These last days and hours are a source of deep preoccupation for Catalan Europeanists. Horitzó Europa denounces the masked state of emergency imposed by the Spanish Government in Catalonia. And we are also very worried that the European institutions do not look after their values of freedom and defence of fundamental rights in one of Southern Europe’s most pro-European regions.

From the beginning of September, the Spanish state has preferred to intensify its repression against the Catalan pro-independence movement. It is a new weapon of a state that does not wish to persuade millions of Catalans. It is, all the same, an absurd and dangerous stance that makes a Member State to fail within a share of its territory.

The European Union cannot allow a new Hungary, o a new Poland. Lest a Turkey. Authoritarian forms and formulas promoted by the Spanish state have to be responded with the needed dignity and clearly by the Commission, the Parliament and all the other institutions of the Union. The Catalan question is a European question: if Europe cannot defend its own values in one of its most pro-European regions, it will lose millions of people ready to defend Europe. If the Union rejects or fails in defending a great deal of its citizens, it will fail in its will to be a Union of free and equal citizens, being only an obsolete union of obsolete states.