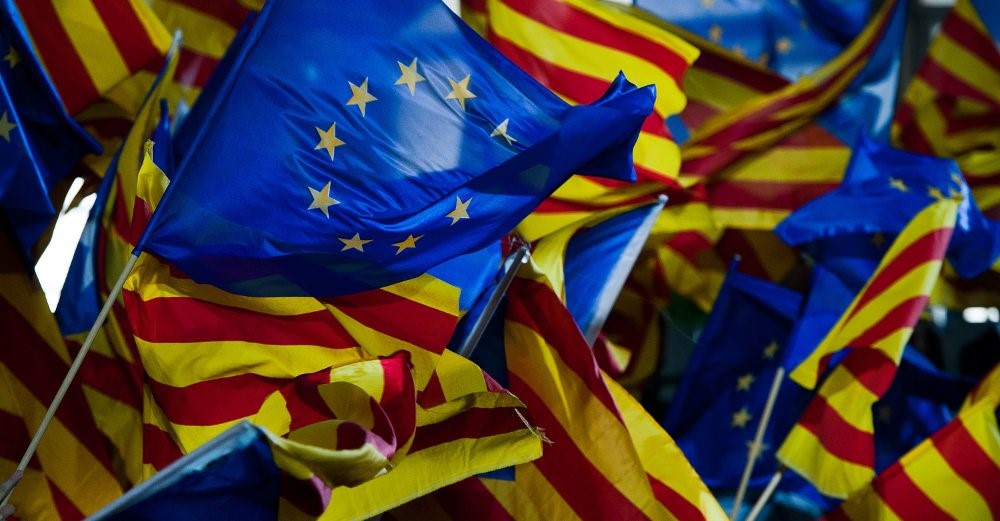 We believe that the Catalan National Assembly (ANC), Òmnium Cultural and all the other organisations and people involved in this key event for Catalonia’s drive for independence should nail these colours to their mast as a symbol of 60 years of peace and freedom in Europe. The flag of the European Union is also the flag of a larger socio-political, cultural and economic process —European integration.

It is only fair and logical for the main symbol of the European Union to also be a symbol of the Catalan drive for independence, its events and its activities. The future Catalan Republic must be able and willing to play a key role in European integration, as well as a staunch defender of the European project after it becomes a Member State. Articles 4.1, 10.2 and 14 of the Law of Transitional Jurisprudence and Foundation of the Republic state that European law will remain in force in the future Catalan Republic if Catalans choose independence in the self-determination referendum scheduled for Sunday, 1 October.

We also believe that Catalonia, one of the most pro-European countries in southern Europe, with a vibrant network of pro-European organisations, must be able and willing to shape the European Union together with the other Member States, starting with all its policies, programmes and projects. Catalonia is deeply aware of its European and pro-European soul.