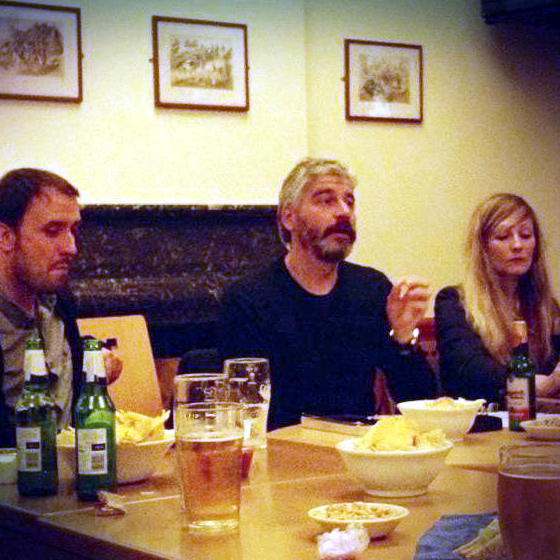 Written by Horitzó Europa on 13/03/2012. Posted in Activities, Featured

The latter would be subject to more competition amongst them and therefore would be much more difficult to be captured by interests groups. And, after all, according to Joan Costa-Font, we are already in a federation, although an incomplete one (with a single market and single currency). What needs to be done is to complete the federation by establishing a fiscal union, enhancing the European budget and transferring competencies which, for economic reasons (e.g. economies of scale) would be better managed at a European level. To address the democratic deficit pointed out by Simon Glendinning, Joan Costa-Font pleads for transnational European elections.

However, do efficiency and social welfare reasons suffice to justify the transfer of national sovereignty towards the EU? Simon Glendinning does not think so. He argues that the debate has to include identity and democracy issues, which are very much linked to nation-states. Despite this empirical link, Joan Costa-Font argues that identity and democracy does not have to be limited to nation-states boundaries,and that they can be enhanced in a supranational setting. Which is, therefore, the solution to the “European question”? The answer is far from simple, and as the two academics point out, economics, politics and philosophy are intertwined in a way which generate more questions than answers.