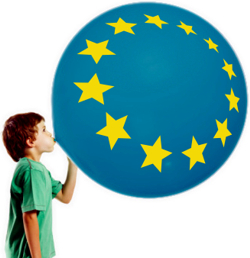 The idea of this association was born upon realising the gap between Catalonia’s citizens and Europe’s ongoing construction process. This gap hinders political, economic and social debates in Catalonia and triggers a perception of Europe as a bureaucratic and alienated structure which is reluctant to take into account its own diversity. Therefore, it is about time to reinforce Catalonia’s traditionally pro-European, Mediterranean and internationalist vocation.

Moreover, Europe is not fully Europe if it does not understand and acknowledge Catalonia’s current and past contribution to European integration. Thanks to its millennial history, Catalonia is inextricably interwoven with the history of Western and Mediterranean Europe.

» Foster the debate about European and international matters as well as the debate about Catalonia’s contributions to the European construction process
» Give Catalonia’s citizens an understanding of and boost their participation in political, economic and social debates about the future of Europe
» Encourage the examination of challenges and consequences brought up in Europe and Catalonia by globalisation and international governance

Which Europe do we want?

» A federal Europe with strong institutions able to defend the rights of its citizens and consumers and, at the same time, a strong European Union in the international arena
» A Europe rich in diversity, cultural and economic dynamism, social justice, environmental protection and solidarity with its poorer regions
» A Europe able to offer the world a true alternative to the current international system based on increased equality, peace and sustainability

Which Catalonia do we want?

» A Catalonia which participates sensibly and responsibly in the main European and global debates
» A Catalonia committed to the European construction process as well as a fairer, richer, safer and a more sustainable world

How do we achieve this?